The Belgians travel to neighbourly France after winning Group B with relative ease and, as they were before the last World Cup in Brazil, are considered one of the possible surprises of the competition, projected to do better than the quarter-finals of 2014. For the first time in a Euro since 2000 (as a host nation), Belgium seeks to repeat the successes of 1972 and 1980, where they finished 3rd and 2nd, respectively.

The biggest headach for coach Marc Wilmots is the back four. On one hand, the lack of trustable Belgian full-backs “forced” them to play four center-halfs simultaneously, removing offensive depth from the team while also limiting the width of their gameplay. If this wasn’t enough, long-time regulars Kompany and Lombaerts are missing the tournament through injury, being replaced by Denayer and Vermaelen, a pairing that in qualifying never played together. 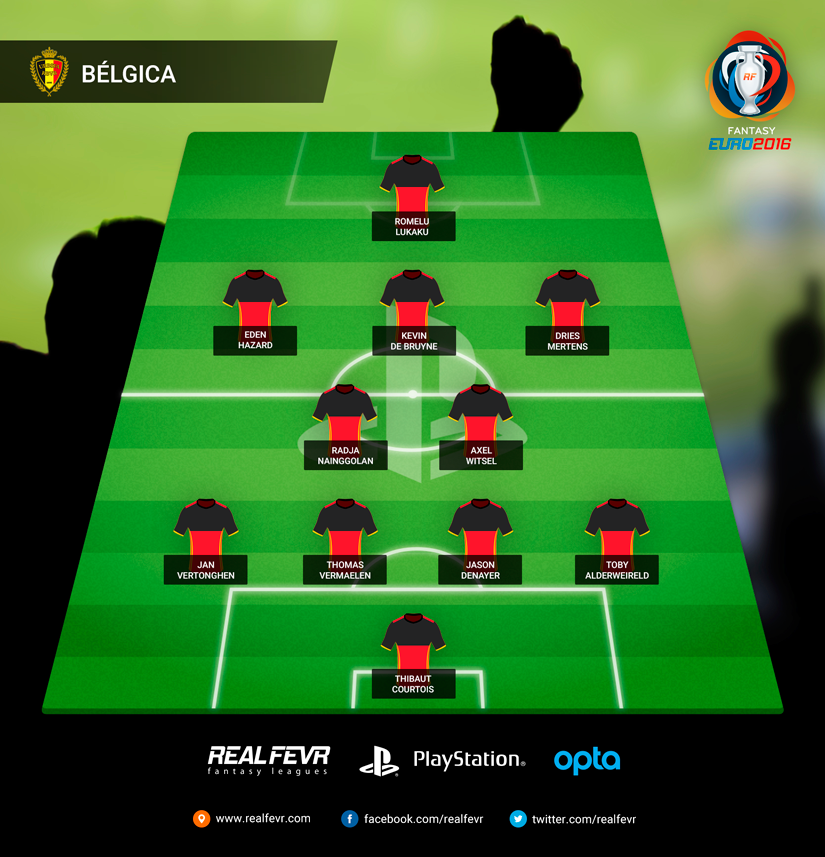 In midfield, keeping the formation used throughout qualifying, Witsel and Nainggolan are responsible for defensive tasks and pressure and ball recovery duties, but also an important support for the 4 offensive elements, with the way paved for the Roma midfielder to shine while making up for the lack of offensive vocation in the wing area.

15 metres down the field are the brightest stars of this bunch. Kevin de Bruyne and Eden Hazard are two of the best attacking midfielders in Europe, and the coupling of this two for Belgium is the main reason why some experts put team in the lot of favourites to win the European title.

Hazard’s season was not a nice one for Chelsea, but some improvements were made in the last gameweeks of the club season and more are anticipated. It can’t be argued that he arrives in France in the best shape of the last 12 months, while De Bruyne returned in March and is now fully recovered from being sidelined for two months, ending the season with 16 goals on 41 matches played at Man City.

As the spearhead, Lukaku should align a great season at Everton (46 games, 25 goals), with a great European Championships, even if at times he doesn’t look like the perfect fit for this Belgian team.