We start our analysis of the Euro 2016 teams with Group A and the host nation. With a good record while hosts, winning Euro 84 and 98’ World Cup at home, Les Bleus are the clear favourites to win a group that opposes them to Switzerland, Romania and Albania.

The team managed by Deschamps shows great quality from the middle up, but two recent injuries have wreaked havoc in their back four. First it was Varane to go down, replaced by Sevilla’s centre-back Adil Rami, and in the last few days Mathieu (the new starter in place of Varane) also suffered a setback and allowed Samuel Umtiti to join the team. 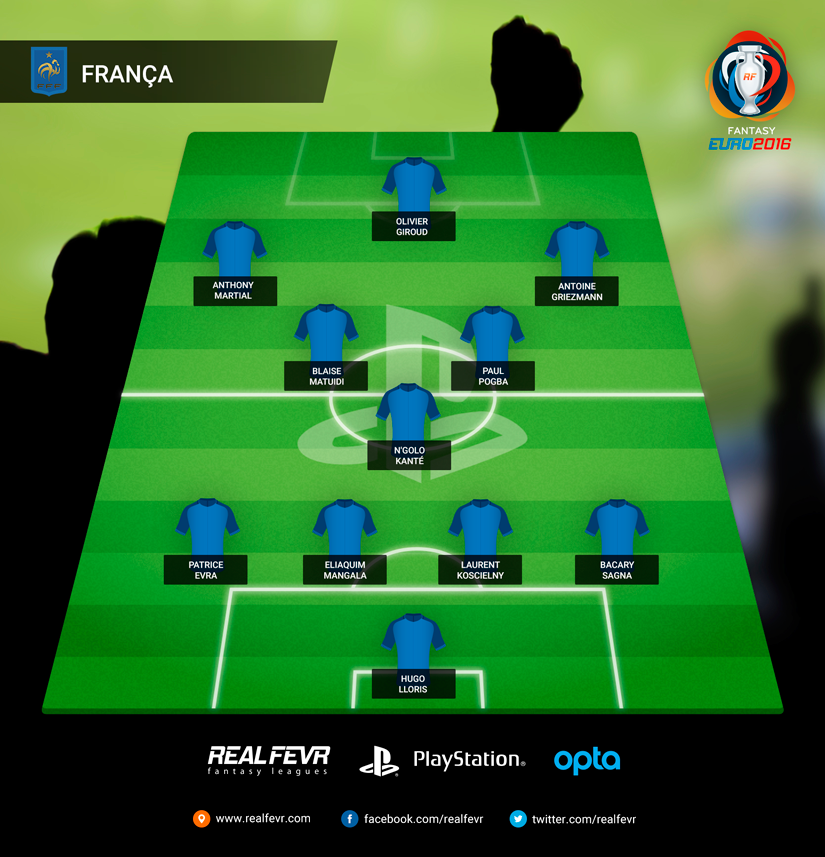 In midfield, injury has also struck, with Diarra leaving the team. Kanté, Diarra’s replacement as the probable starter, Pogba and Matuidi guarantee the French an impressive physical dimension, while maintaining the ability to carry the ball upward and unbalance opposing defences. Kanté will be on the defensive end of this midfield triangle, covering his teammates’ backs for offensive transitions. If Paul Pogba can keep his focus and clarity at heights we only see sometimes out of him, France wins a whole different consistency and could go very far in the competition.

Up top, the spotlight is divided between the absence of Karim Benzema for extra-football reasons and the presence of Antoine Griezmann, after a stellar season with Atlético de Madrid, where he scored 34 goals in all competitions. The lefty, grandson of Portuguese, has elevated his game since moving to Madrid from Real Sociedad and is now a force to be reckoned in any competition he enters.

After two editions sharing hosts, and with all four with no real aspirations to win it all, where back to single-country hosting, and in the ability of the French squad to mobilize their country may be the key to their success in the tournament, as seen in Portugal in 2004.