A three-time participant in the European Championships, Ireland expects to turn around the table on their latest appearance in the tournament. Four years ago, they left Euro 2012 with 3 defeats in 3 games, 1 goal scored and 9 conceded. Joined also by Belgium and Italy in their group, the Irish aspire to beat Sweden within the Group while managing to be one the four best 3rd place finishers, resulting in a draw against the winners of Group A or D, probably France and Spain.

Martin O’Neill’s base formation is a 4-2-3-1, that derives into a 4-4-2 if more firepower is needed. Commanding the backline, John O’Shea warrants the experience of a player that has won it all during his stay at Man United, but Ireland’s full-backs are the highlight of the defensive quartet. Both Coleman and Brady mindsets are offense-first and each on their own flank provide greath width to the team, allowing Walters and Hendrick to step into interior zones, being deployed as fake wingers. The Norwich player, a midfielder for his club, leads the whole team in crosses and chances created. 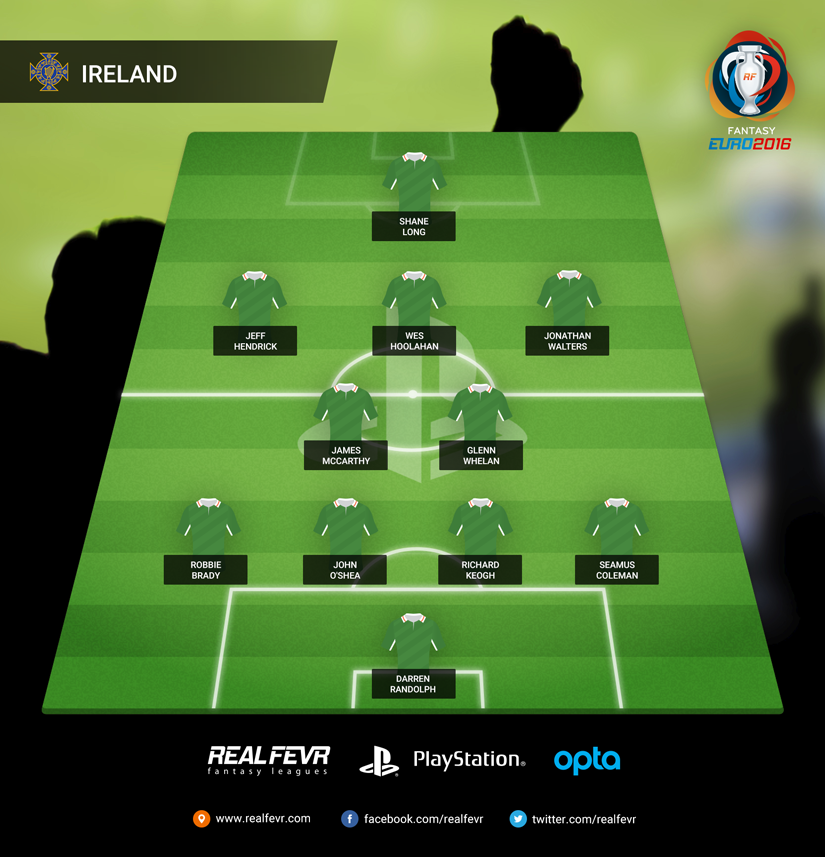 The qualities Ireland brings into a match are well stated in their midfield. Hard-working and tough-minded, their flaws are hidden behind sacrifice and superation. British pundits predict no team will outwork O’Neill’s boys, a coach known for extracting the best out of the players he works with.

The only exception to the blue-collar profile most Irishmen share is Wes Hoolahan, the squad’s creative player. Despiste not entering the pitch in the last friendlies, Hoolahan is clearly the most technically gifted player of the 23 selected to represent Ireland. What remains to be seen is if the 34-year old playmaker still has the resistance to withstand a competition like this, with several games in a short period of time and with a small window for physical recovery.

Another irish veteran expected to start is Robbie Keane but his fitness levels appear to be far from what is desirable and should probably start Euro 2016 on the bench, with Shane Long, after a humdrum season for Southampton (26 games, 10 goals), replacing him after a strong finish to the Premier League (3 goals, 3 assists in the last 6 games).