Poland qualified for the Euros for the third time in its history (and third consecutive) after a second place in Group D, just a point off a very strong Germany, now reunited in the competition group stage, having beaten Joachim Löw’s squad at home by 2-0. If they achieve the widely expected 2nd place in the group, they will match with the 2nd place in Group A, which will probably be an accessible Switzerland.

Fabianski should hold the starting job ahead of former Arsenal teammate Wojciech Szczesny, but whatever the choice, the goalkeeper won’t have easy outings, since defense has been the weakest sector of this Polish team, conceding 10 goals in the qualifying phase, and if we exclude the games against Georgia and Gibraltar, their only clean sheet came from that victory over the world champions.

In the back-end of the pitch, Piszczek is a very offensive wingback that ensures a lot depth on his side, but the main novelty is absence of the usual starter across the field, Maciej Rybus, who left the team with an injury leaving his place open for Wawrzyniak or Jedrzejczyk. 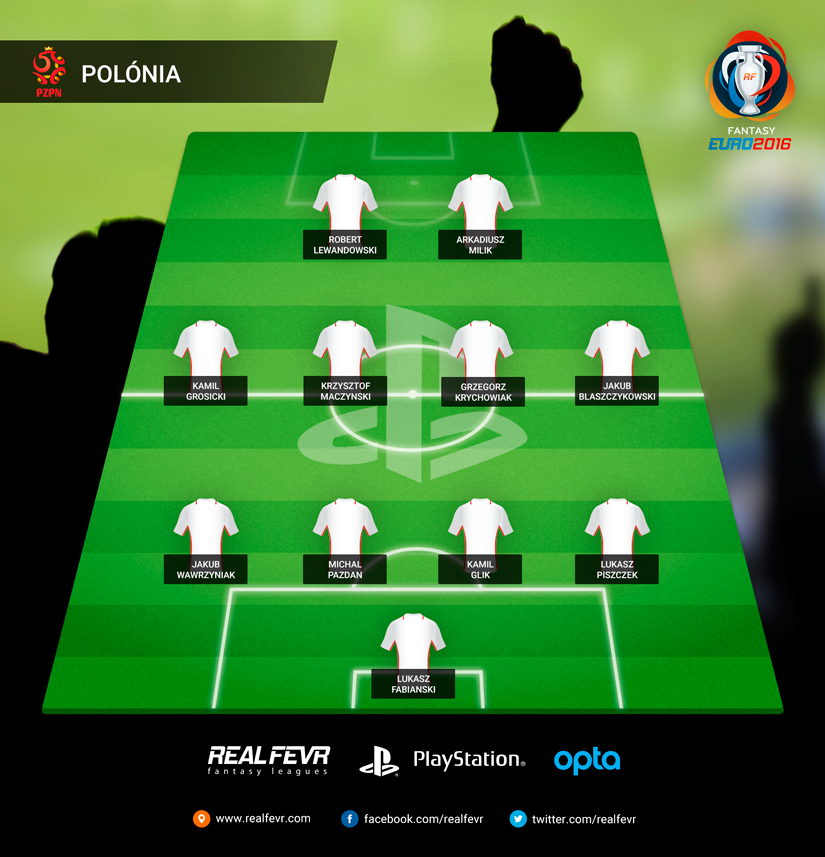 Indisputable in midfield, Krychowiak joins a great resilience to some technical skills and is the reference of the sector, after another beautiful season for Sevilla. The position beside him is the only one that still seems open.

Krzysztof Maczynski has been the most used, but the Wisla Krakow midfielder may have his place at risk if coach Adam Nawałka decides to bet on the creativity and irreverence of 22-year-old Piotr Zielinski, after a season coming through for Empoli.

But it is forward down the pitch that the stars reside and justify the best attack in all qualifying groups with 33 goals in 10 games. If Lewandowski needs no introductions, Arkadiusz Milik is a lesser known player to most but no less decisive in this Polish national team. With 6 goals and 6 assists in the trail to France, Milik proved that the last two seasons at Ajax, 47 goals in 75 matches, are not the result of chance, and he can be one of the Euro’s surprises if Poland manages to get at least into the quarter-finals.