The Slovak team is considered the least favorite of the group B to move to the knockout phase, but their performance in World Cup 2014 should not be ignored, even if this group can be considered more difficult than the one they faced in Brazil. In the past two years, the Slovaks only lost two matches in the 17 they played, and even won against Spain in qualifying, on the only game that the Spanish would not win. In their last friendly, they beat Germany 3-1, having recent victories over the teams considered by many as the favourites to win the tournament.

The Slovakian side puts all the chips on the counter-attack, and it was through this style of very rapid and objective transitions that they won against the Spanish squad. This strategy benefits the defensive cohesiveness, keeping the team deep into its own pitch and with close lines behind the ball, which is even more important given that the seven defensive elements (goalkeeper included) are all very experienced, and only Kucka and Pekarik, both with 29 years, are below 30. 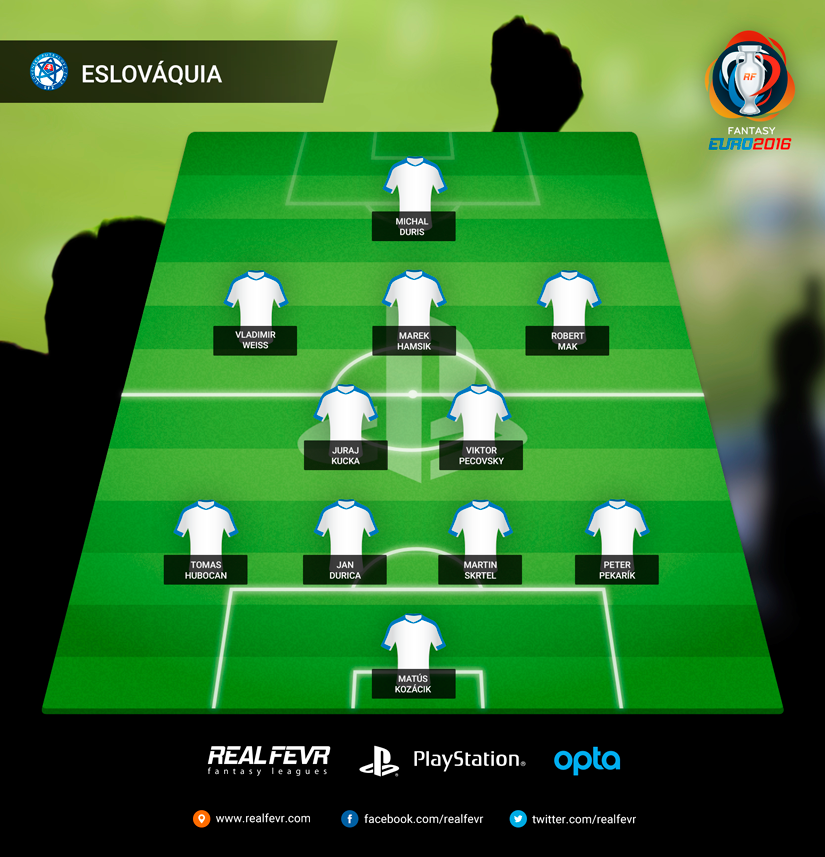 The biggest star of this squad is arguably Marek Hamsik, a player with a remarkable journey in Serie A at the service of Naples, where since 2007 he has already scored 81 goals in 319 matches for his club.

The entire offensive game goes through the vice-captain, and he’s the one asked to create superiority in opposing areas. Robert Mak and Vladimir Weiss ensure enough speed on the wings, essential qualities for the scheme implemented by Jan Kozak, based on the counter-attack.

Perhaps the only question that remains is who will play up front, Michal Duris or Adam Nemec. Whomever plays the advanced role, either Viktoria Plzen’s forward or the striker for Willem II, his function is mainly to open spaces and provide support to midfielders and wingers to appear in scoring zones.