Finishing 3rd in Group G behind the surprising Austria and Russia, Sweden booked the flight to France in a playoff win against historic rival Denmark, with a 2-1 home win and a 2 goal draw away. Coming out of the group stage also won’t be easy for a team that in the last 20 years (94’ doesn’t make the cut) has only once advanced to the knockout phase once (04’), with the Swedes hoping that this new format debuting in this Euro could put them through.

Defense was perhaps the main problem in qualifying for the Swedish team, earning clean sheets solely in matches against Liechtenstein and against Moldova. Some changes are expected from Erik Hamrén, and the quick Lindelof, after having a great season with Benfica, and despite not playing against Wales in the last friendly, seems to be the frontrunner for the job.

Up ahead, the recent injury Albin Ekdal raises some questions as to who will double with veteran Kim Kallstrom in the starting lineup, at least for Sweden’s opener against the Republic of Ireland, with young gun Oscar Lewicki, after starring in Sweden’s win last year in Euro U21 last year, looking to snatch the vacant spot. 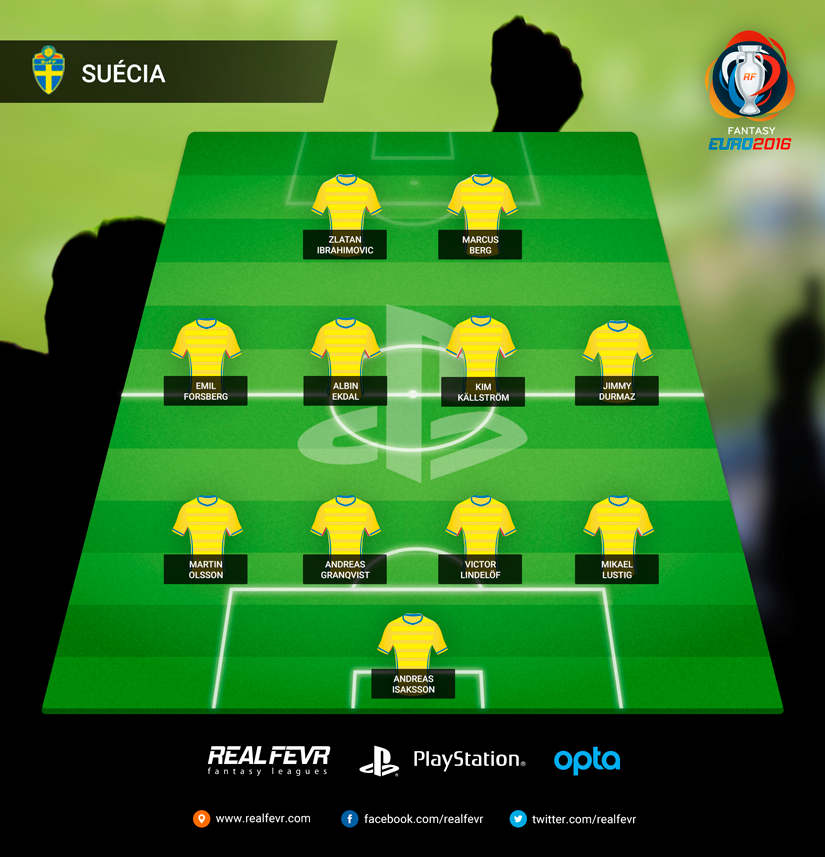 On the wings, Olympiacos’ Jimmy Durmaz will feature on the right with his very powerful shot and Emil Forsberg, voted 2014’s best Swedish midfielder and a key-figure in Leipzig’s promotion to the Bundesliga this year, will play the opposite flank.

will by inspiration of Zlatan Ibrahimovic. Regarded by many as one of the best players in the world, combining an undeniable geniality with a thirst for controversy, Zlatan Ibrahimovic’s inspiration will set the bar for the Swede’s chances of success. After his most prolific season ever, with 50 goals in 51 games (38 in 31 in Ligue 1) “Ibra” has this summer, at age of 34, the last chance to achieve some kind of success for his country.

During qualifying he was mostly deployed in a support role, playing behind the striker, allowing him the freedom of movement to appear in areas with less traffic, leaving Marcus Berg as the target man in this Swedish team.